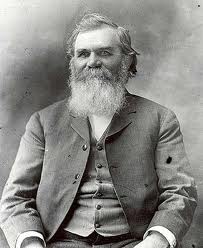 In September of 1895, a Canadian by the name of Dr. Daniel David Palmer, born in Port Perry, ON, was working as a healer in Davenport Iowa. He worked in a building on Brady St. and was studying the art of various forms of healing. It was there that he met an African American by the name of Harvey Lillard. Harvey was the janitor and explained to Dr. Palmer that he was almost completely deaf and had been that way for some 17 years. He said that he was bending over in a tight spot and heard a pop in his spine and had lost his hearing immediately. Palmer noticed that there was a distortion or lump in Harvey’s spine and asked if he could examine it further.

Knowing the body was controlled by the brain and nervous system, Palmer sensed pressure on nerves could block the messages sent by the nervous system throughout the body. Given the location of the misaligned vertebra, he felt this was the reason for Lillard’s hearing loss. Palmer corrected the situation by pushing the vertebrae back into its normal place and in the process, opening the nerve pathways. Soon afterwards, Lillard’s hearing was restored. Though the practice of repositioning vertebras had been in operation for thousands of years, Palmer was the first to put ‘2’ and ‘2’ together with respect to the fact misaligned bones could result in problems with the nervous system and its function in the body.

After manually aligning Lillard’s spine, he started to regain his hearing over the next couple of days. Thus, chiropractic (from the Latin words, “cheiros” “praktikos”, translating to “done by hand”) was born.